1935 Band Truck    YANKEE INGENUITY
In 1939 (see appendix) the members of the Band started work on their “portable bandstand”. This bit of yankee ingenuity was brought through necessity more or less, since the bandstand on the common in East Woodstock had been destroyed beyond repair by the hurricane which swept through New England on September 21, 1938. This band truck, believed to be the only one like it around, is essentially a platform with extending sides which fold up while in transit...with this platform being mounted on a truck chassis. Lengths of pipe were constructed so as to make an easily assembled railing, and other lengths of pipe were designed to hold wiring for overhead lights (to be used during evening concerts) extending from a center pole at 90 degree angle.

There are many more musicians in the EWCB now...
but still use the band truck for a couple of concerts each year. 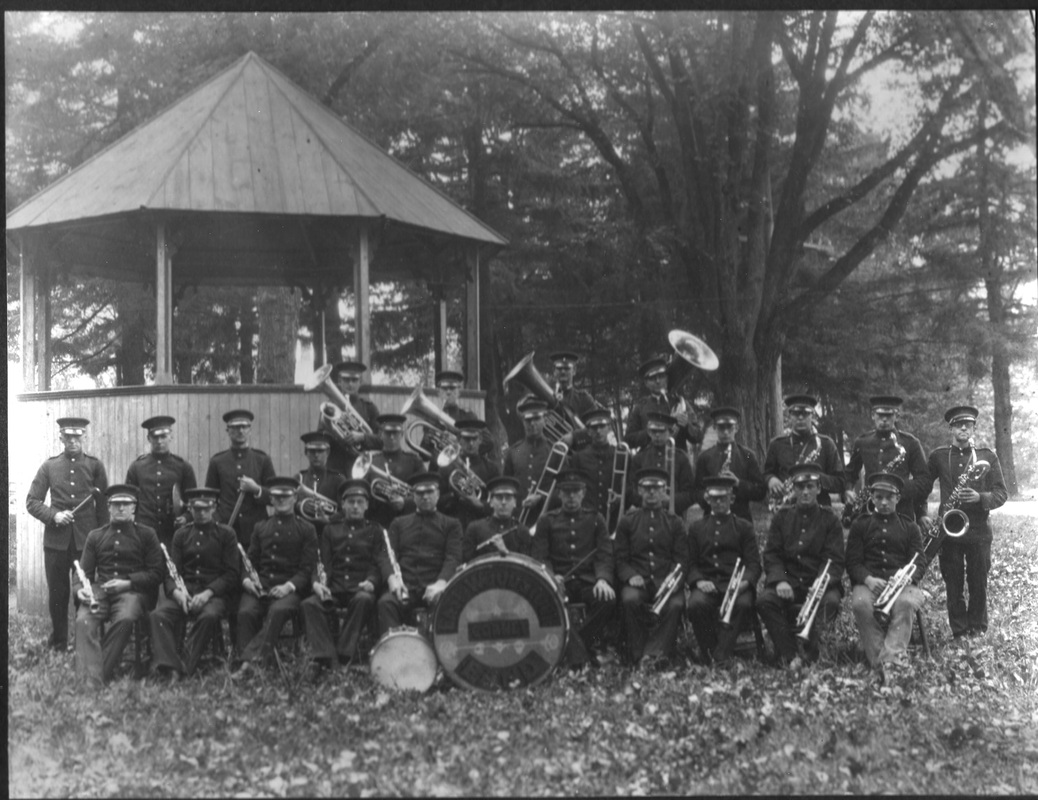 May 5th 1893, Under House Joint Resolution No 173, the East Woodstock Cornet Band was incorporated.

Resolved to be and hereby constituted a body politic and corporate, by the name of East Woodstock Cornet Band, to be located in Woodstock, for the purpose of receiving grants or real estate, gifts, and salaried, and applying the principal or income thereof to the objects deemed best by its members for their musical education, interest, and advancement.

Said corporation shall have the power to make and adopt such constitution, by-laws, and regulations, as in its judgement may deem necessary for the admission, government, suspension and expulsion of its members, the election of its officers, the defining of their duties, and for the management, safe-keeping, protection of its property and funds, have such powers as belong to a corporation under the laws of this state.